In this article, we have a closer look at code smells. We see what they are, and what you should do about them.

What Are Code Smells?

A code smell refers to a certain pattern in the code that signals there could be a defect lurking somewhere.

Static analysis tools are very good at detecting code smells. They analyze the patterns, and then see if they could lead to a problem.

For example, if you assign a variable in Java a null value, and then immediate call a method on it, a NullPointerException would result. That is nothing but a code smell!

If you do static analysis of that part of code, the tool would indicate there is a high chance of a defect in the code at that point.

Choosing static analysis tools is the best way to detect code smells in your application:

SonarQube has great tools for detecting code smells. what we see in the snapshot above are the rules for Java, and a profile where there are 194 code smells present.

What are examples of typical code smells? Let’s take the example of Java programs:

When you see instances of such smells, you conclude that the developer does not fully understand what he/she was trying to do. Such situations could cause hidden bugs to exist in the code.

Other Kinds Of Code Smells

Other kinds of code smells could exists, especially in your JUnit code. These include:

Make sure that having zero code smells is an integral part of your Definition Of Done.

It is important that you do static analysis and manual code review on a regular basis.

Static analysis should be part of continuous integration build. 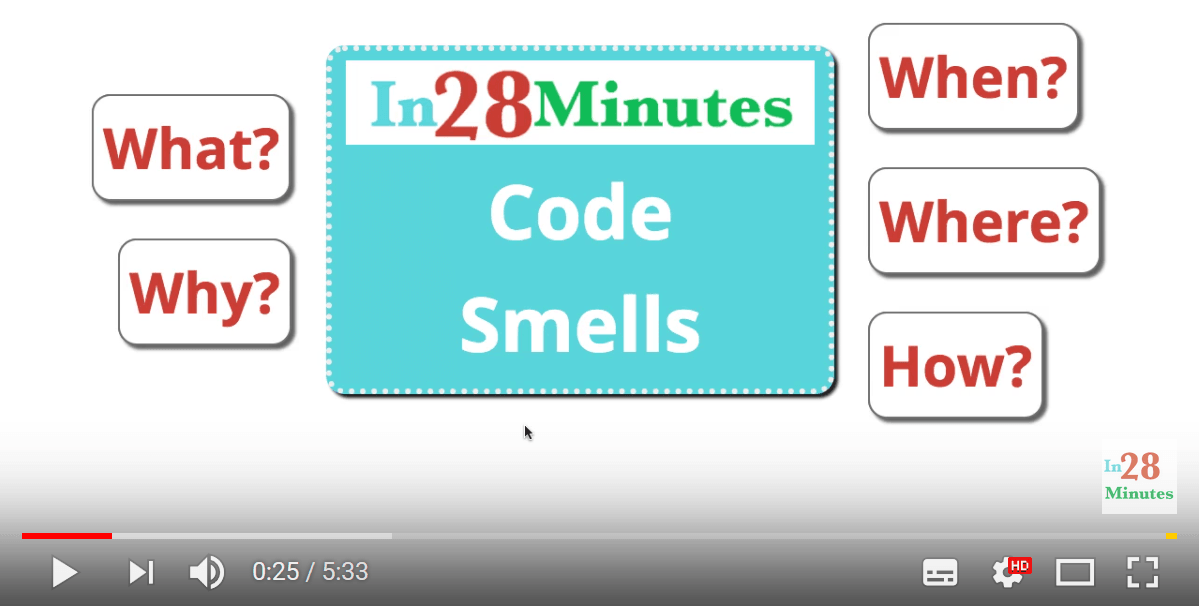 Code smells are patterns in code that could indicate hidden bugs. The two ways to detect code smells are static analysis, and manual code reviews. It is important to do both systematically, to keep the application free of code smells.