Code Quality Basics - What Is Readability Of Code?

One activity that you be doing a lot as a programmer, is reading code. That’s where the concept of readability comes into the picture. How do you ensure that code written in a project is easily understandable?

This is second article in a series of 6 articles on important code quality terminology:

Have a look at the following code example:

Try and spend some time to see, whether this code is readable.

Would you like to see such code as part of your application?

Would you enjoy maintaining an applicaton that has code such as this?

The second example is refactored from the first example.

You can immediately see, that the second code is much more readable than the first.

What is the difference between these two examples?

Readability Is About Proper Naming

For example, have a look at the extracted methods lockWithWriteAccess() and lockWithReadAccess(). With proper names such as these, you can identify the functionality very easily. There is almost no need to peek into the implementation details of the method to understand what it does.

The next important factor is to ensure that we do only a single thing inside a particular method. If a method or a class does one thing only, then it is quite easy to give it a readable name.

If you have great unit tests in place, you have the freedom to refactor code. You would no longer be worried about breaking functionality.

With TDD, you write the tests before you write the code. You start with an outside-in perspective on your code. You are concerned about the interface, and that helps in writing great code. 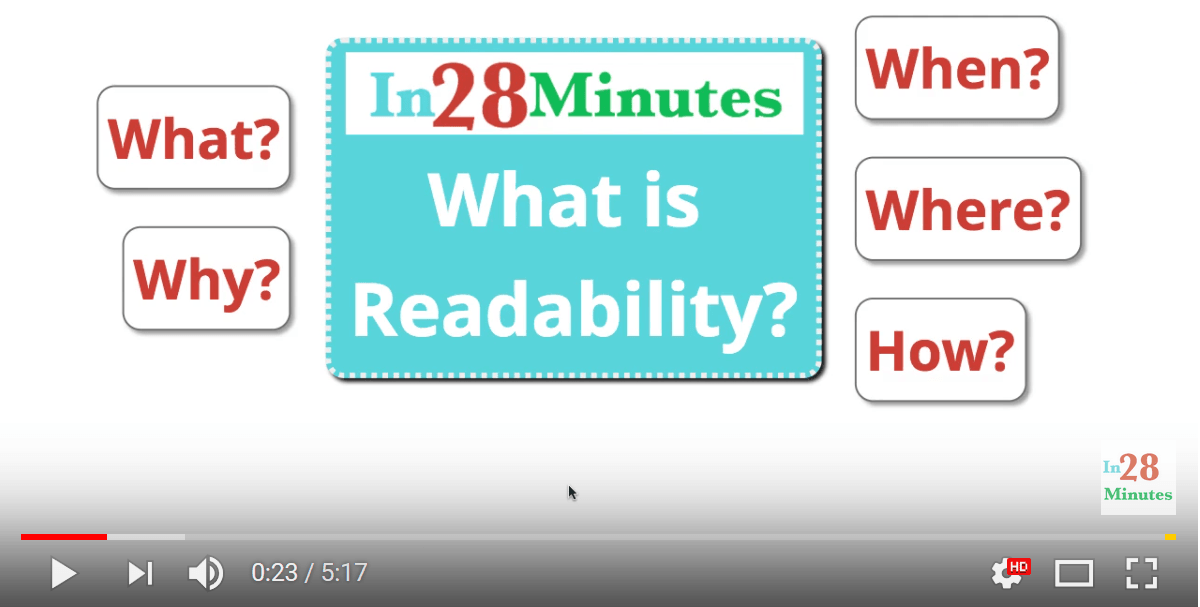 In this article, we discussed readability of code and why it is important. We saw an example of code that has poor readability, and what it looked like after refactoring.