Spring Framework Basics - What Is Inversion Of Control?

Developers starting with the Spring framework often get confused with terminology - Dependency, Dependency Injection and Inversion Of Control. In this article, we introduce you to the concept of Inversion of Control.

What Is Inversion Of Control?

Have a look at the following implementation of ComplexAlgorithmImpl:

One of the numerous things that ComplexAlgorithmImpl does is sorting. It creates an instance of BubbleSortAlgorithm directly within its code.

Now look at this implementation for a change:

Inversion Of Control At Play!

In Approach-1, ComplexAlgorithmImpl is tied to a specific sort algorithm.

In Approach-2, it say’s - give me any sort algorithm and I will work with it.

This is inversion of control.

Why Is Inversion of Control Important?

Once you wrote code with inversion of control, you can use frameworks like Spring to do Dependency Injection and wire up beans and dependencies.

Advantages Of Inversion Of Control 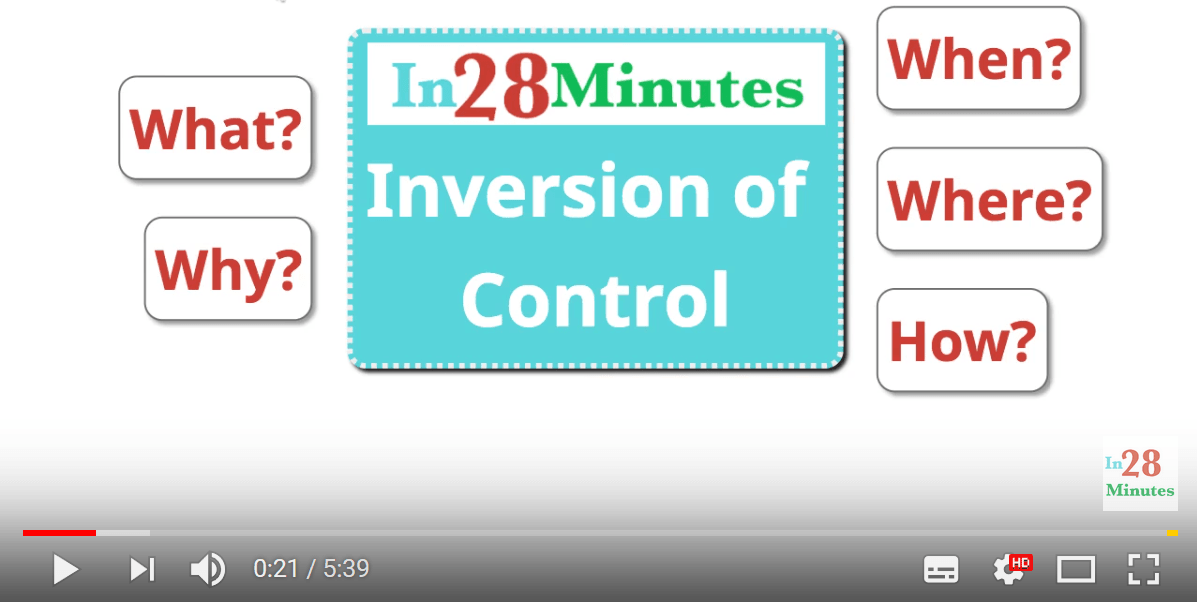 In this article, we talked about inversion of control. Instead of a class creating an instance of its own dependency, it leaves it to the user of class to pass it in. Inversion of control makes code loosely coupled.