Encapsulation is one of the important goals of Software Design. What is Encapsulation? Why is it important? Let’s get started.

We initially start with encapsulation at a very basic level - that of a class. We then gradually shift focus to other levels, such as components and web services.

This is the fourth article in a series of articles on Software Design:

Encapsulation At The Basic Level (Level-1)

Let’s look at two implementations of a CricketScorer class:

If you’re not familiar the sport of cricket, you could imagine a FootballScorer class instead. Here, CricketScorer provides its users with two methods, setScore() and getScore(). These form the class interface.

Let’s next make use of this class:

The user here gets to call both getScore() and setScore(). Let’s say a boundary is scored in the cricket match, which should result in the score getting incremented by 4. The user is responsible for retrieving the current the current score, incrementing it by 4, and then setting it.

There are a few important things to note here:

To avoid putting the onus of getting and setting the score on the user, we could define a method such as:

Abstraction is all about hiding complexity. How do you hide that complexity? By using Encapsulation. Apart from the two levels we saw just now, there are more ways to go with encapsulation. Let’s look at them next.

Encapsulation At The Class Level

Have a look at the following example of code.

Suppose we have a set of classes to represent and create different kinds of persons. Also, we would need a way to do the same in code as well. Also, we would not like the users of the class not to know, that there are underlying implementations of Person named Male and Female.

We can abstract that detail away by using the Factory Pattern. As we see in the code above, the user creates a male person by passing in a name and a string “M” to the getPerson() method of PersonFactory. He has no idea that there are classes called Male and Female hidden away from him.

This is another good example of encapsulation. Consider the following piece of code:

In this case, we created an interface called Sortable. Any class that needs sorting behavior, such as:

or a QuickSort. Whoever uses the class ComplexClass, needs to create an instance of it, provide an instance of the sorting algorithm, and out class can make use of sort() by accessing the interface.

We are very much in the habit of playing games, especially those that involve using gaming consoles. How would a computer game allow you to play it? By allowing the console to use it like this:

This shows use of one such console with four buttons: up, down, right and left. We are representing it by an interface, named GamingConsole:

Whoever uses a GamingConsole, can play a game attached to it, irrespective of what the actual game is. It could be a MarioGame, a ChessGame, or whatever. The user knows he can call the up(), down(), left() and right() operations with ease. The actual game implementations are hidden away. How a MarioGame reacts to the console, is different from how a ChessGame responds.

The fact that we have created a GamingConsole interface, means the Game implementations can be hidden away.

We are implementing a Template Method Pattern in here. For every recipe that we end up creating, we want to make sure it has three steps: getting things ready, doing the dishes, and cleaning up. We are creating an abstract class AbstractRecipe. Any user who ants to use a recipe, does not need to worry about the fact that an AbstractRecipe exists. They just create an instance of the particular recipe, and call execute() on it.

Underneath all that, is the recipe implementation:

Our Journey With Encapsulation Thus Far

We looked at a few examples of how encapsulation is implemented. We saw that:

The thing is, encapsulation does not end at the code level. Let’s look at a few more instances of the same.

When we build enterprise web applications, we normally like to structure them in layers: 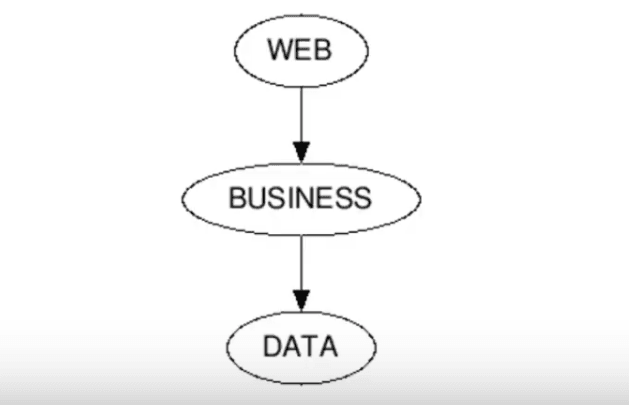 The idea behind doing so is that, for example, you do NOT want:

We achieve this be creating an interface in each layer. For example, the Data layer exposes an interface which is used by the Business Layer. Similarly, other layers can also expose interfaces.

A Specific Example: JPA And Hibernate

Another example of encapsulation comes from the domain of microservices architecture. Have a look at the following architecture diagram:

Such architectures make heavy use of common components.

For example, look at security. Implementation of authentication and authorization is essentially the same across different microservices. By creating a common security component, you can abstract away how you store the security details of a user. It could be a database, or an LDAP server setup, or whatever.

This is another scenario where encapsulation is very much used. Suppose we implement one such service using REST. We expose a URL, as an access point for consumers of this service. We would also specify the formats of the messages to be exchanged with users. How the service is implemented underneath - what language and framework is made use of - does not matter to the consumer. All that matters is the interface. 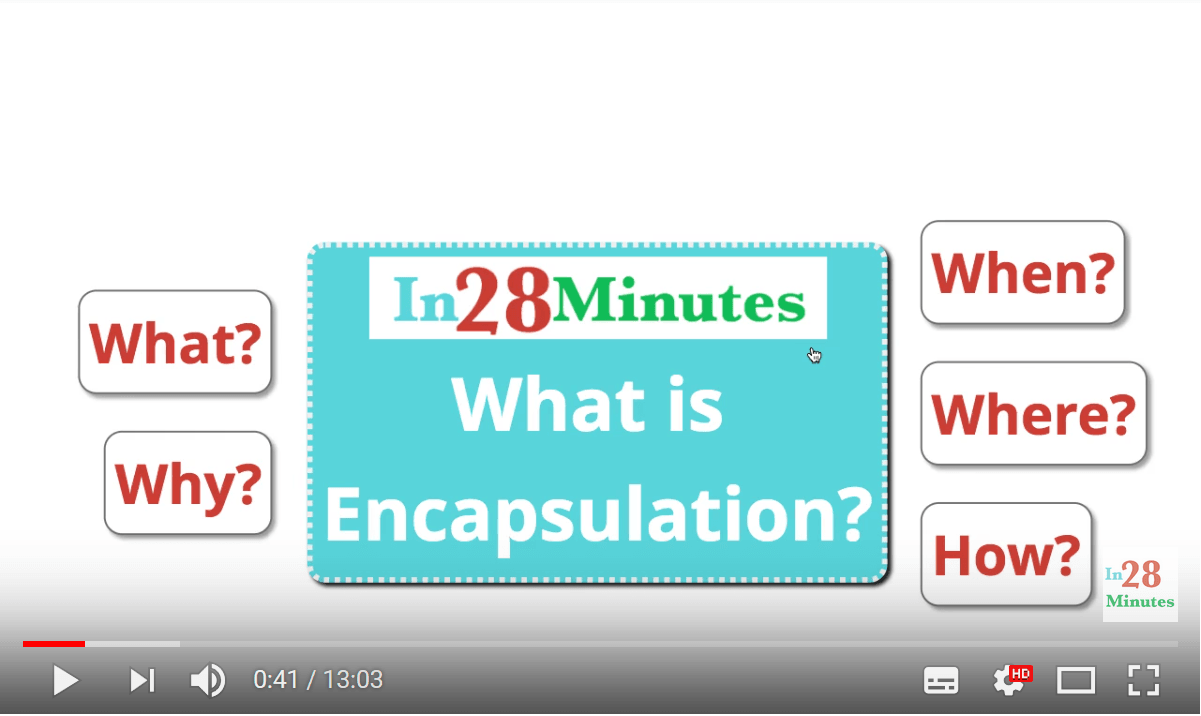 In this article, we tried to answer the main question of what Encapsulation is all about. We saw that it is all about hiding the implementation, and providing the right interface to the user. That user might be:

We looked at encapsulation in great detail, at many different levels:

In particular, we saw how enterprise applications hide away things behind a component, and provide an interface to it.