This is the last article in a series of articles on important Software Design Principles:

What Is Dependency Inversion principle (DIP)?

“Depend Upon Abstractions (interfaces), not Implementations (concrete classes)”

What does this statement mean? Let’s try understanding that with an example:

Let’s look at an example of what this means:

What does the copy() method do?

It reads a character from the keyboard, and then decides where this character needs to go. If it’s a printer, write to the printer. Else, send it to the disk.

The problem here is that as the number of OutputDevice types increase, the logic of copy() needs to change every single time.

Let’s look at an alternate implementation:

What we have done here is define two separate interfaces, one to provide the read(), and the other to define the write() methods.

The responsibility of the copy() method is quite clear here: it reads from the Reader interface, and writes whatever it gets to the Writer interface.

copy() now focuses only on the actual operation, and it does so by identifying everything else as its dependencies.

It can now work with any implementation of Reader and Writer interfaces.

DIP and The Spring Framework

DIP is one of the core principles that the Spring Framework enables. Have a look at this example:

Better Approach for BinarySearchImpl is to make use of an interface - sort algorithm. Here is how our modified code would look like:

User of the BinarySearchImpl class, can also pass in a specific implementation of SortAlgorithm, such as a bubble-sort or a quick-sort implementation.

If you use the Spring framework, you could use the @Autowired annotation with the BinarySearchImpl class, to automatically auto wire an implementation of an available sort algorithm.

By applying the DIP, you make your code more testable. The test code could pass in dependency mocks to properly test the code. 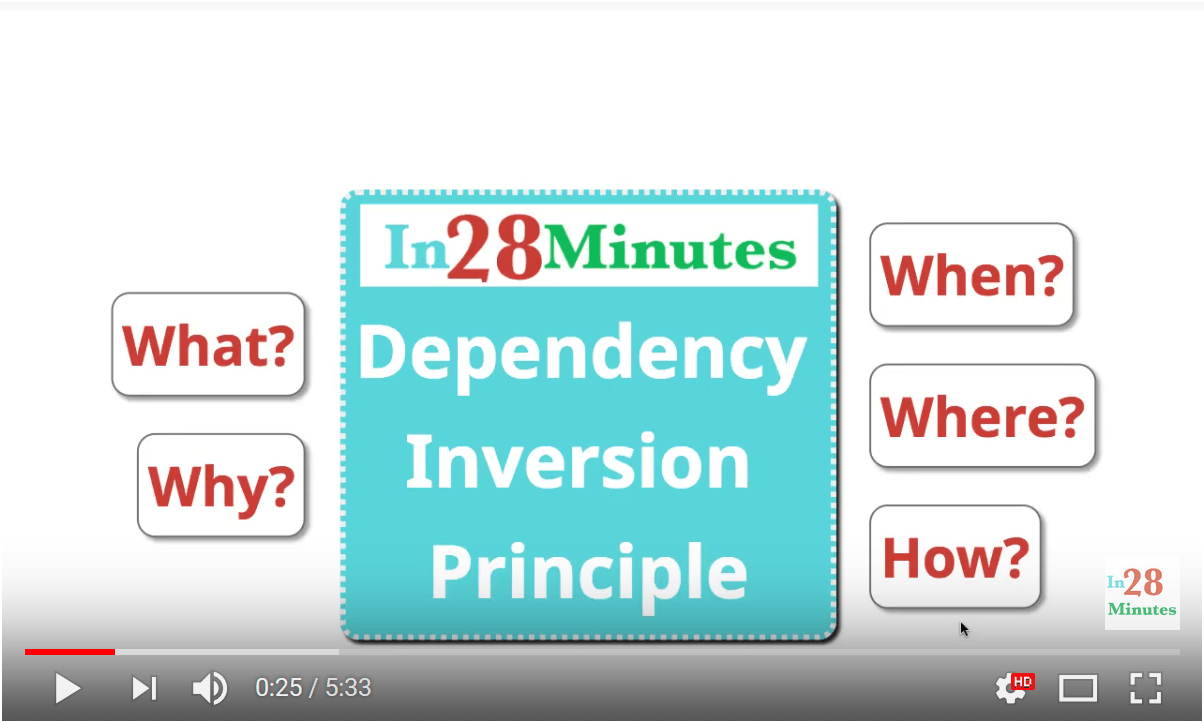