In this article, we look at the major differences between SOAP and REST. OOPS.. actually, comparing the two is a little like comparing apples to oranges, as SOAP is a protocol format based on XML, whereas REST is an architectural approach.

This is the second article in a series of articles on REST APIs:

REST vs SOAP are not really comparable. REST is an architectural style. SOAP is a message exchange format.

Let’s compare the popular implementations of REST and SOAP styles.

At a high level, SOAP is about restrictions on your message structures while REST is an architectural approach focused on using HTTP Transport.

RESTFful services are typically a lot easier to implement than SOAP based web services. 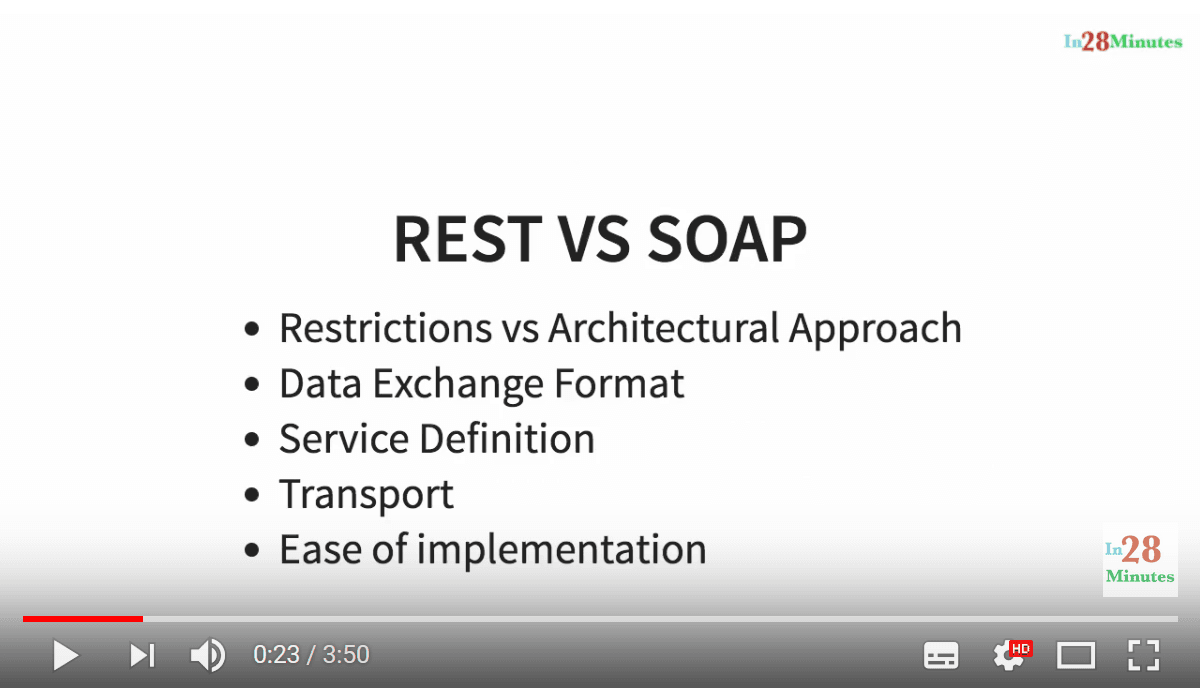 In this article, we broadly looked the differences between REST and SOAP.