When you develop an application, it could contain a large number of classes, each of which probably has several methods. You normally write a test case for a particular unit of code. A unit could be a method, a group of methods, or the entire code of a class. Typically, you want to keep the individual unit tests as independent as possible.

When we develop enterprise applications, we generally structure them into layers. For instance, a web applications could have web, business and data layers. You would want these separate layers to work well together. Therefore, you write layer integration tests to ensure their proper integration.

For example, when you make a call to the web layer, is it being propagated correctly to the business layer, and from there to the data layer? Finally, are you getting a proper response to the request?

When we create a microservice, we end up offering APIs for the consumers to access and consume resources. Examples are REST and SOAP APIs. You can test an API by writing an automation test for it. Even for such API tests, the need of the hour is an in-memory database, as it is good to avoid external dependencies.

This is the final level of automation testing, where you test every aspect of the end-user usage scenarios. The focus here is on creating real-time usage scenarios, such as accessing a production-mode database for testing the logic. This step is necessary before you take the application live. 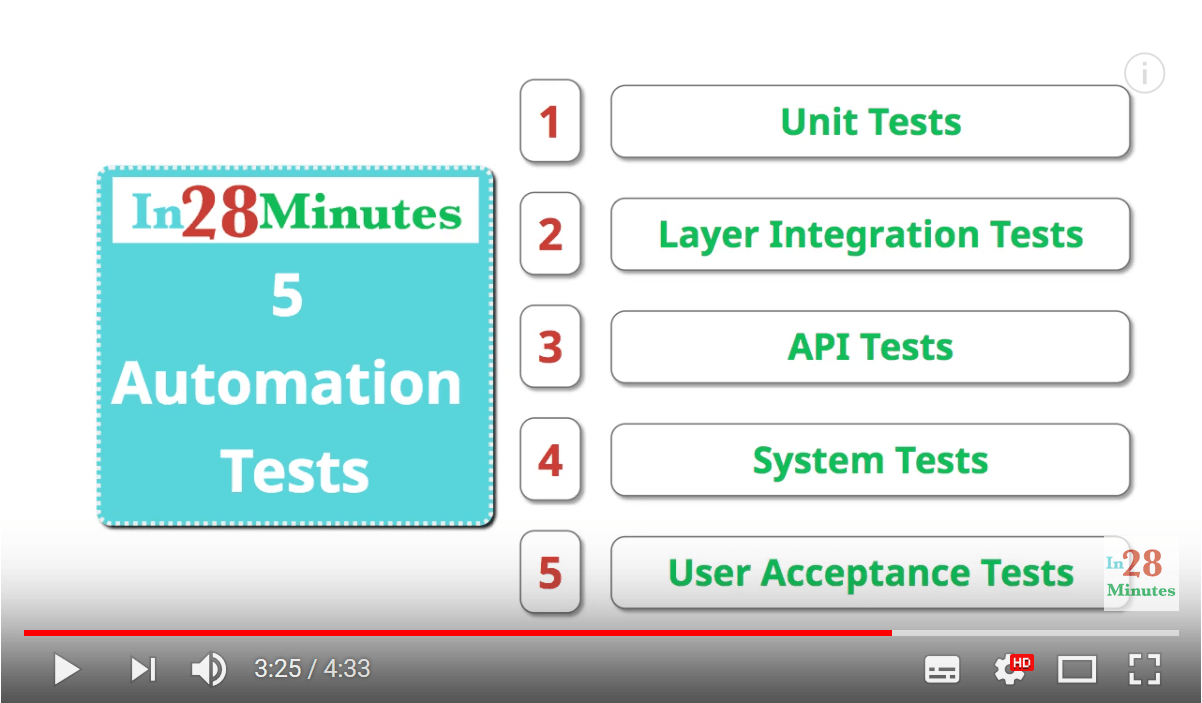 In this article, we explored the five different kinds of automation testing that is generally performed on applications. These are unit testing, layer integration testing, API testing, system testing and user acceptance testing.