In this article, we focus our attention on the Dynamic Scaling or Auto Scaling. Why do we need applications that can auto scale?

This is the fifth article in a series of six articles on terminology used with cloud and microservices:

Load on your applications vary depending on time of the day, the day of the month or the month of the year.

Take for instance, amazon.com. It has very high loads during Thanks Giving Period, up to 20 times the normal load. However, during the major sports events such as Superbowl or a Football World Cup, the traffic could be considerably lesser - because every body is busy watching the event.

How can you setup infrastructure for applications to manage varying loads?

During periods with lesser load, a lot of infrastructure would be sitting idle.

Cloud To The Rescue

That’s where cloud comes into picture. With cloud, you can request more resources when the load is high and give them back to the cloud when you have less load.

That’s where a microservices architecture comes into picture.

Building your application using microservices enables you to increase the number of microservice instances during high load, and reduce them during less load.

Consider the following example of a CurrencyConversionService:

The CurrencyConversionService takes a bag of currencies and amounts, and produce the total amount in a currency of your choice. For example, it will tell the total worth in INR of 10 EUR and 25 USD.

The ForexService might also be consumed from a number of other microservices.

That in essence, is the requirement for auto scaling - dynamically changing number of microservice instances, and evenly distributing the load across them.

There are a few important concepts involved in implementing auto scaling. The following sections discuss them in some detail.

Whenever a new instance of CurrencyConversionService or ForexService comes up, it registers with the naming server.

When CurrencyConversionService wants to talk to ForexService, it asks the naming server for available instances.

CurrencyConversionService knows that there are five instances of the ForexService.

How does it distribute the load among all these instances?

That’s where a load balancer comes into the picture.

A popular client side load balancing framework is Ribbon.

Let’s look at a diagram to understand whats happening: 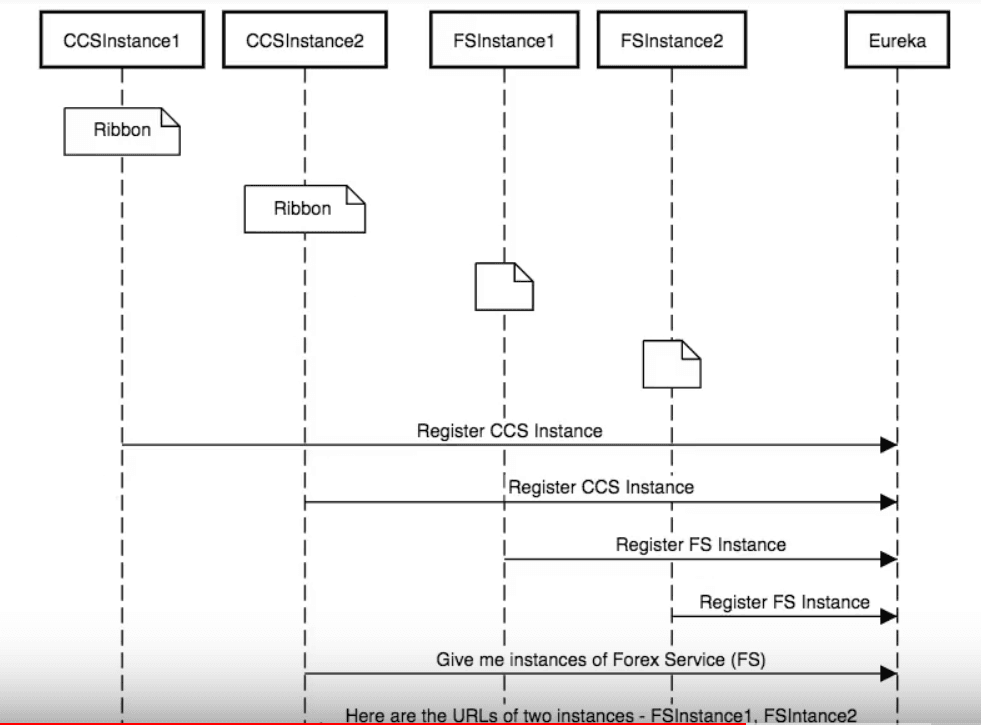 The Ribbon load balancer does a round-robin among the ForexService instances to balance out the load among the instances.

When to increase and decrease instances?

There is one question we did not really talk about.

How do we know when to increase or decrease the number of instances of a microservices?

That is where application monitoring and container (Docker) management (using Kubernetes) comes into the picture.

An application needs to be monitored to find out how much load it has. For this, the application has to expose metrics for us to track the load.

You can containerize each microservice using Docker and create an image.

Kubernetes has the capability to manage containers. Kubernetes can configured to auto scale based on the load. Kubernetes can identify the application instances, monitor their loads, and automatically scale up and down. 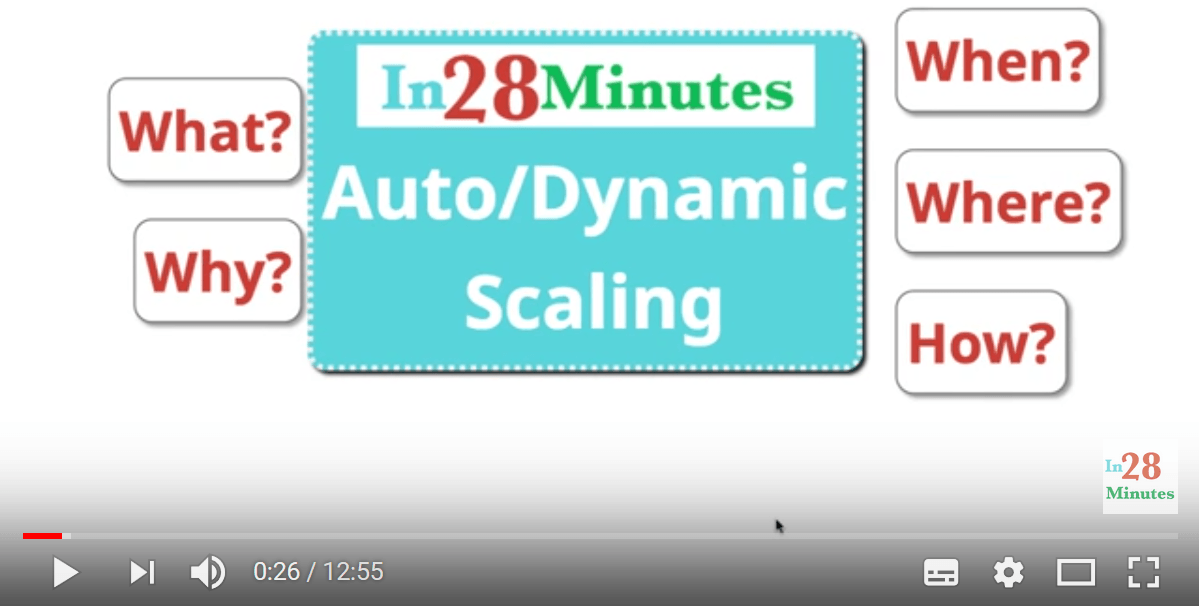