In this read, we will take a look at OAUTH2.0 and under the implicit grant in the simplest manner (i.e. via a workflow)

It is an open authorization protocol that allows accessing the resource owner resources by enabling the client applications (like Facebook, GitHub, etc.) on HTTP services. This protocol was made famous by HTTP Basic authentication wherein the user is required to enter the username and password and was created as a response to the direct authentication pattern. It allows the exchange of resources stored on one site with another site by using the credentials token. It used -

Let us understand this via a workflow diagram. 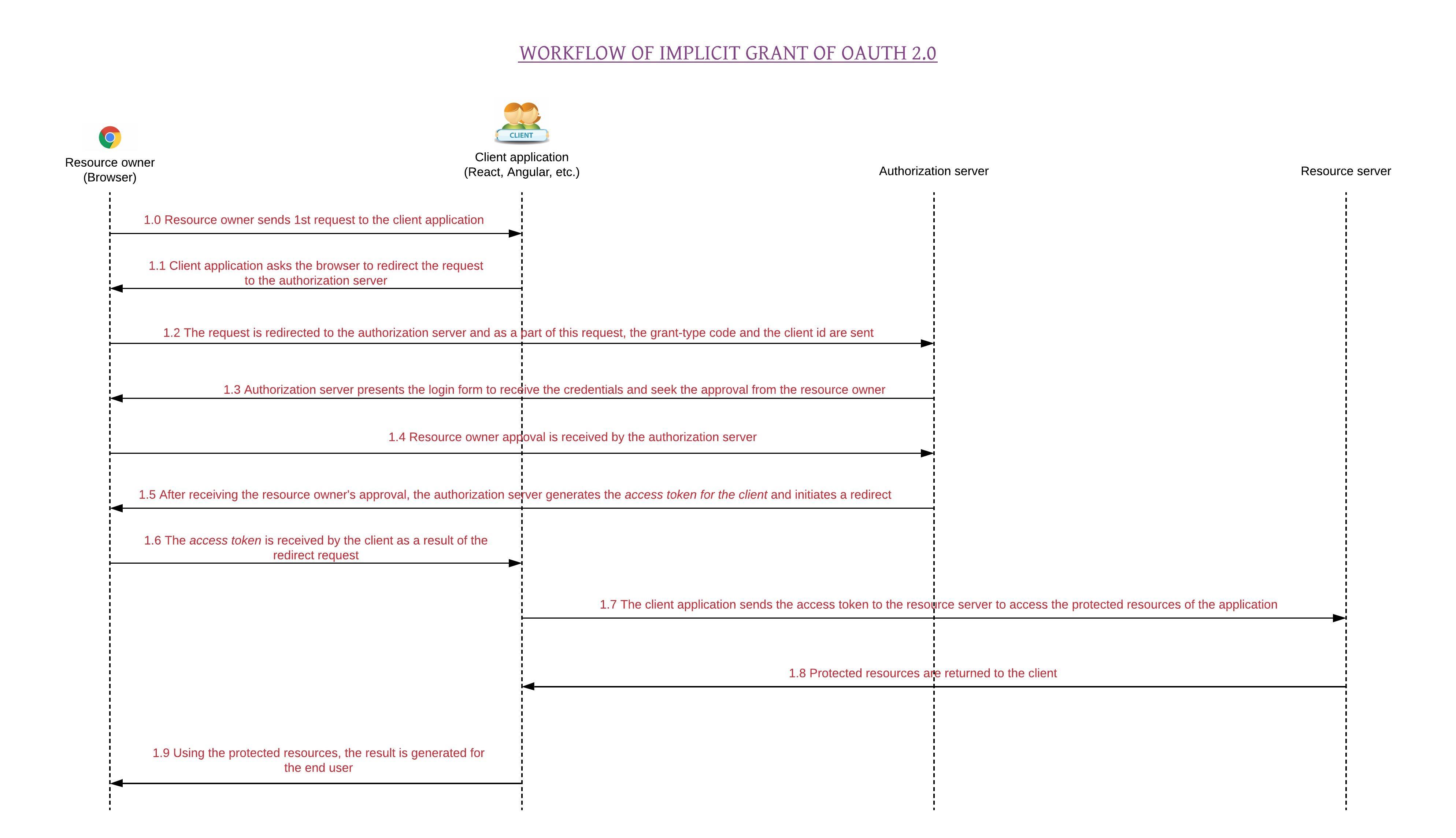 Learn the basics of Spring Framework setting up a very simple example.

Complete journey starting from JDBC to JPA to Spring Data JPA using an example with Spring Boot Data JPA starter project. We use Hibernate as the JPA Implementation.