In this read, we will take a look at OAUTH2.0 and under the authorization grant in the simplest manner (i.e. via a workflow)

It is an open authorization protocol that allows accessing the resource owner resources by enabling the client applications (like Facebook, GitHub, etc.) on HTTP services. This protocol was made famous by HTTP Basic authentication wherein the user is required to enter the username and password and was created as a response to the direct authentication pattern. It allows the exchange of resources stored on one site with another site by using the credentials token. It used -

Now we will describe the authorization code flow. 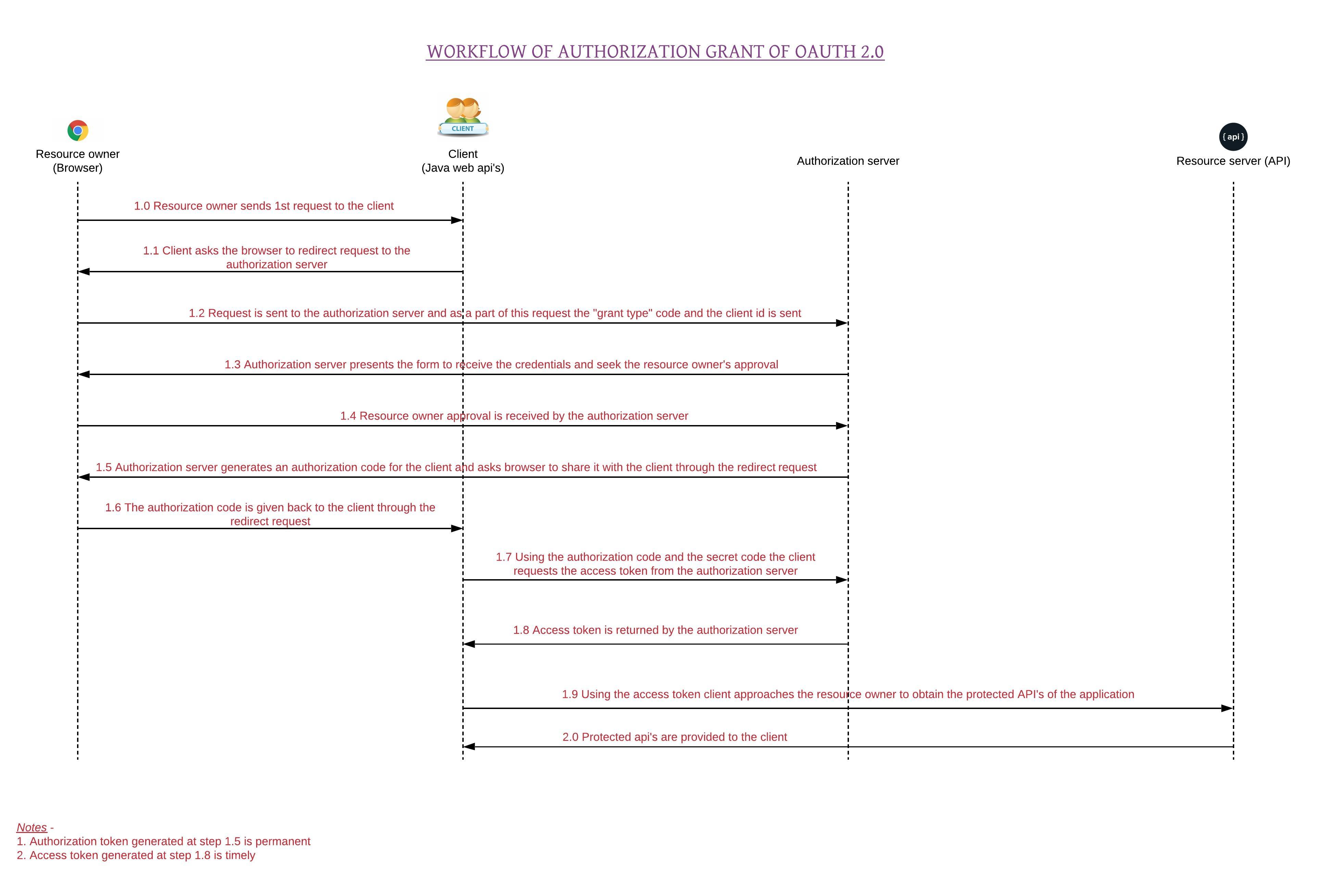